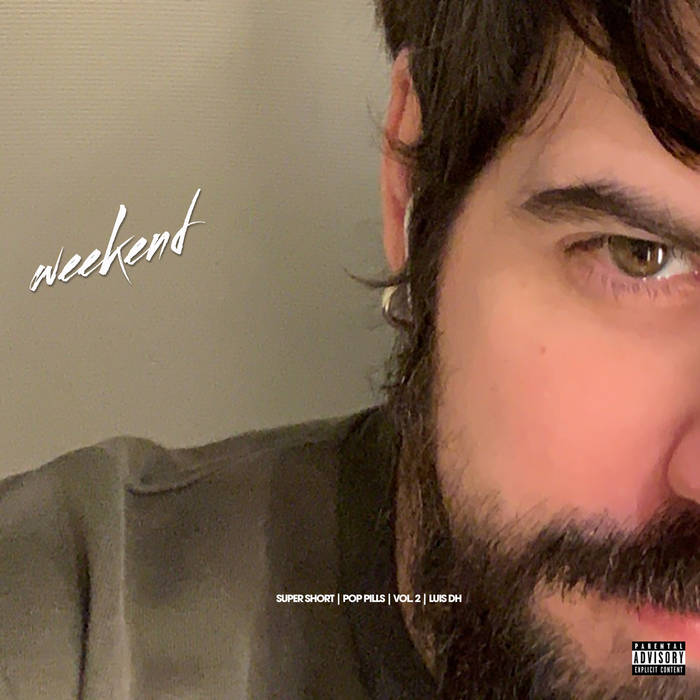 "Weekend" is the 2nd volume of Luis DH's Super Short - Pop Pills series: short albums under 30 minutes total with all killer, no filler. It's released on April 17 2020 on digital, streaming & Limited Edition CD (via www.luisdh.com) for Record Store Day 2020*.

Luis commented: "With this second short album I wanted to explore further into synthwave, reggaeton & dancehall and of course pop music and dance. These new short pop pills reflect my current state of mind and my hopes and fears".

"Weekend" includes 12 original new songs - featuring the previously released one-off singles "Nuevo León" and the Valentine's song "Your Name" - plus 2 bonus tracks on the digital edition: "Cold As Stone" and "Under The City Lights", the two most streamed tracks from "City Lights", the 1st album of the Super Short series.

*Due to COVID-19 crisis, the official Record Store Day 2020 has been postponed to June 20. We've decided to keep the original April date for the digital release of "Weekend", but there could be delays with the shipment of the physical limited edition CD. Thanks for your understanding.

Writer, producer and vocalist, Luis DH has spent the last 15 years working on his own material and releasing it through his Vodka Cat label, as well as collaborating with other artists and projects.

Born and raised in Madrid (Spain), music has always been a big part of Luis DH from an early age, from making up lyrics as a kids game to starting recording his first demos in 2005. The debut EP was released in 2008 and the rest is history.

10 years and 8 albums later, in 2018, he celebrated a decade of music with his songs collection “Popnography (2008-2018)” and remastered and reissued all of his previous work.

With airplay and streams in 79 countries, Luis DH’s music has been recognized all around the world. He's scored 3 Indie #1s on the Euro Indie Music Chart. He’s also been semifinalist for Best Electronic Album in the Spanish Independent Music Awards for three consecutive years (2017-2019).

Always hungry for new experiences and sounds, you can be sure of something: more new Luis DH is always coming up next.